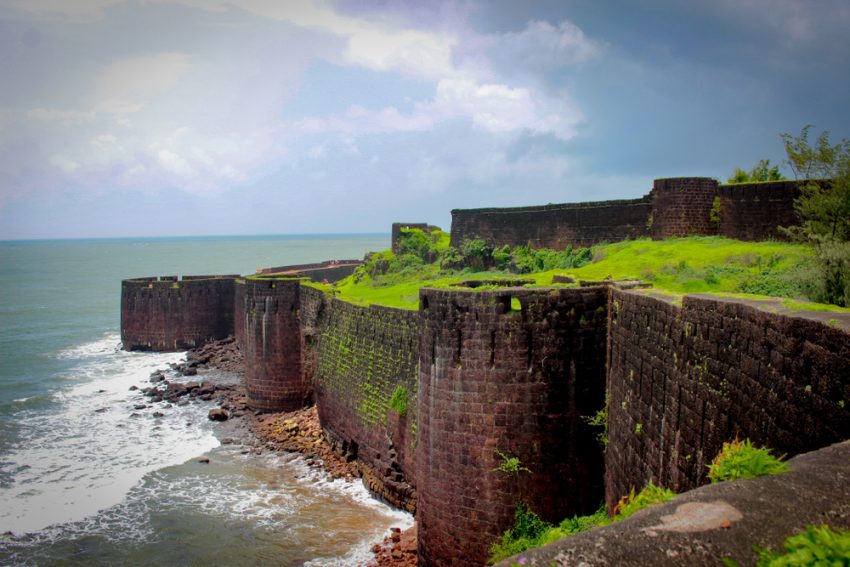 Maharashtra is among those states in India that has a rich history and cultural heritage. It was home to the Maratha Empire that ruled India for a long period. There are numerous sightseeing places in Maharashtra, especially for history buffs who enjoy exploring various types of forts. One can easily take an MSRTC bus to explore some of the most majestic and iconic Maharashtra forts. Let’s take a deep dive into the list of forts in Maharashtra that you can visit easily by using an MSRTC bus. You can easily make your bookings online with redBus for your trip!

The Maharashtra State Road Transport Corporation (MSRTC) was established in 1960 as per the RTC Act 1950. Bombay State Road Transport Corporation (BSRTC), established in 1950, branched it out. MSRTC aims to provide a seamless bus travel experience at the most economical price point to passengers travelling within Maharashtra. MSRTC has a staggering fleet of more than 18,449 buses that serves more than 6.7 million passengers daily.

The place Sinhagad lies in the southwestern region of the famous city of Pune in Maharashtra. The name Sinhagad Fort, the Lion’s Fort, is among the most renowned tourist attractions to visit in Maharashtra. It lies in the Bhuleshwar range and is located at an altitude of 1350 metres above sea level. Historians believe that the fort is more than 2000 years old and was named after the popular sage Kaundinya. There are only two entrance doors for this fort; one lies in the north-eastern region, also known as the Pune Darwaza. The second entrance, named Kalyan Darwaza, lies in the south-eastern part. One can easily book an MSRTC bus from all prominent locations in Maharasthra to visit this fort in Sinhagad.

The Raigad Fort is situated 820 meters above sea level and lies in the Sahyadris region. In the year 1964, the Maratha King Chhatrapati Shivaji seized the fort and established as the capital city. The Raigad Killa is an important symbolism of the Maratha empire and its dynasty. It can be easily reached by foot and needs no extra efforts to explore the majestic view. Some of the Raigad Fort’s most prominent attractions include Hirakani Buruj, The King’s Durbar, Maha Darwaja, Jagdishwar Mandir, etc. If you are an adrenaline junkie, you will surely appreciate the ropeway that gives a mesmerizing aerial view of the place. The best time to visit this iconic beauty is between November to March. Indian visitors have to pay a nominal entry fee of Rs. 10, and foreign visitors have to pay Rs. 100 as an entry fee.

The Panhala Fort is the largest in the Deccan region; it is located near the famous Kolhapur city. It also has a very strategic location and connects Maharashtra with the Arabian Sea through Bijapur. The Fort Panhala demonstrates various relics of multiple dynasties that have ruled India. You will also love the 360-degree view from the Panhala Fort’s hilltop that will leave you mesmerized. The best time to visit this iconic fort is between June to February, and there are no entry fees. Panhala is also very well connected with all major cities in Maharashtra, and you can easily book MSRTC buses to reach this place. From places like Kolhapur, you can easily get an MSRTC bus every 2 hours.

The Tung Fort is situated on a vertical height of 1075 above sea level and is among the most symbolic forts in Maharashtra. It is a popular spot for trek lovers who love an adventurous trek. Millions admire the breath-taking view from the top of the Tung Fort and also makes it one of the most scenic tourist places to visit in Maharashtra. It is also a preferred choice among tourist for picnics and camping. You can even have a wonderful view of the nearby attractions, including Pawna Lake, Visapur Fort, etc. The Tungi Devi and Ganpati temples are also very popular among Hindu devotees. If you are wondering about the best time to visit this place, it is between September to January. You can easily take an MSRTC bus for Lonavala from any city in Maharashtra and then change for the Tung fort.

Korlai Fort is located near the Korlai village in Maharashtra. Fortaleza do Morro de Chaul is the Portuguese name given to the Korlai Fort by the Portuguese who occupied this splendid piece of architecture. The Korlai village is located 25 km from Alibagh. It is believed that during its golden period, the Korlai Fort could house more than 7000 horses and an equal number of humans. The fort’s geography gave it an added advantage when it came to defending from military invasions at the time. The Korlai fort is very well connected with all prominent cities in Maharashtra and can be easily visited by Bus. It’s approximately around 110 KMs from Mumbai and around 160 KMs from Pune.

People believe that the Jaigad Fort was built around the 16th Century by the Bijapur Kings. It is a coastal fortification situated around the tip of a peninsula in the Maharashtra state’s Ratnagiri district. One can check out the palace of Kanhoji Angre that lies in the middle of the fort. It also has temples of Lord Ganesh and Hanuman on its premises. The Jaigad Fort is very well connected with the popular cities in Maharashtra. One can easily reach this fort by taking a bus from Ratnagiri. It is easy and convenient to visit this place between October to March.

One can easily visit some of the most prominent forts in Maharashtra by taking an MSRTC bus. All the forts mentioned above are well connected by road and can be easily explored by tourists on a budget. You can easily check for all the MSRTC buses available for your particular route on the redBus application or website.

Also Read: Popular spots near Aurangabad one can visit by MSRTC buses