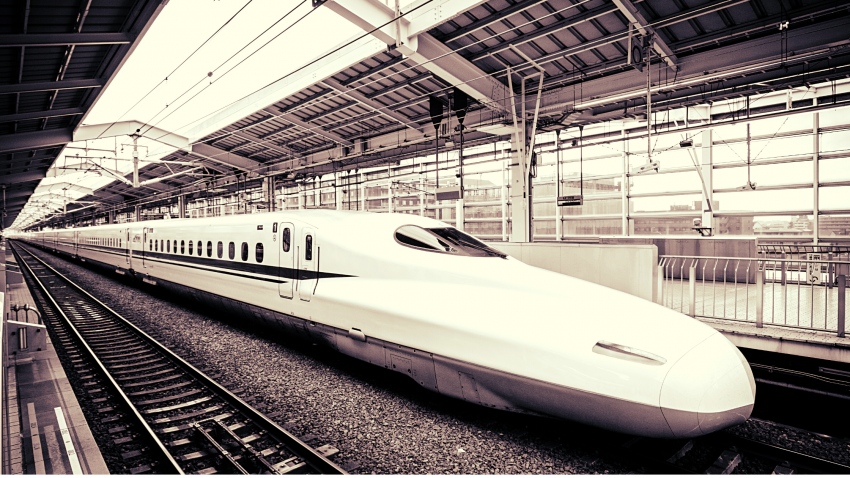 Bullet trains are high-speed Shinkansen trains in Japan and are referred to as bullet trains because of their speed and appearance. This is a general term for any train traveling at or at a speed higher than 250 km/hr. It was first built in Japan and was used to connect various regions within the country with Tokyo. Currently, only 16 countries in the world have these high-speed trains, with the most extended network being in China. Bullet train in India is under construction. Read on to know more.

Wondering what a bullet train in India is? You will not have seen one in the country because India does not currently have bullet trains but focuses on building new networks and technological advancements to support bullet trains. The government is concentrating on making their first network between Mumbai and Ahmedabad, and the project is currently being executed.

The government is planning to build seven high-speed rail corridors, and these include:

The Mumbai to Ahmedabad is a 508-kilometer long rail route and is the first one under construction. The project was started years ago but is now on the verge of completion and will hopefully be completed by June 2022.

This 886 kilometers long rail route will connect the major cities between Ahmedabad and Delhi, and construction is soon to begin. Another city that might get connected en route is Greater Noida.

This rail route is believed to have 12 stations in between once the land acquisition process is complete and is planned to cover the states of Uttar Pradesh, Haryana, and Delhi from East to west. The route is 865 kilometers long.

This is a 459-kilometre rail route that stops at major stations like Chandigarh and Jalandhar.

The project consists of many private players who plan on coming together to get the 711 kilometers project in action soon!

This is another bullet train project in Maharashtra that is 753 kilometers long.

Introducing a bullet train will have many economic and social benefits to the country, and examples of these can be seen in Europe, Japan, and China, where super-connectivity has helped ordinary people from various cities and towns. Some of the most common benefits include:

Bullet trains can have many social benefits, including reduced CO2 emissions, economical travel, and relatively more minor land than a six-lane national highway for about the same capacity of people. Fast connectivity and higher economic activity can also improve employment generation.

Unlike petrol/diesel and aviation fuel required to power airplanes and cars that are mostly imported, the bullet train would be powered by electric power created within the country. This will benefit the economy more and reduce the consumption of expensive and imported fuel.

The bullet train would help introduce and divert a lot of passengers and traffic from the road and other rail services.

Now book train tickets with redRail, a portal by redBus or you can download the redRail App for the easiest train ticket booking experience in India.