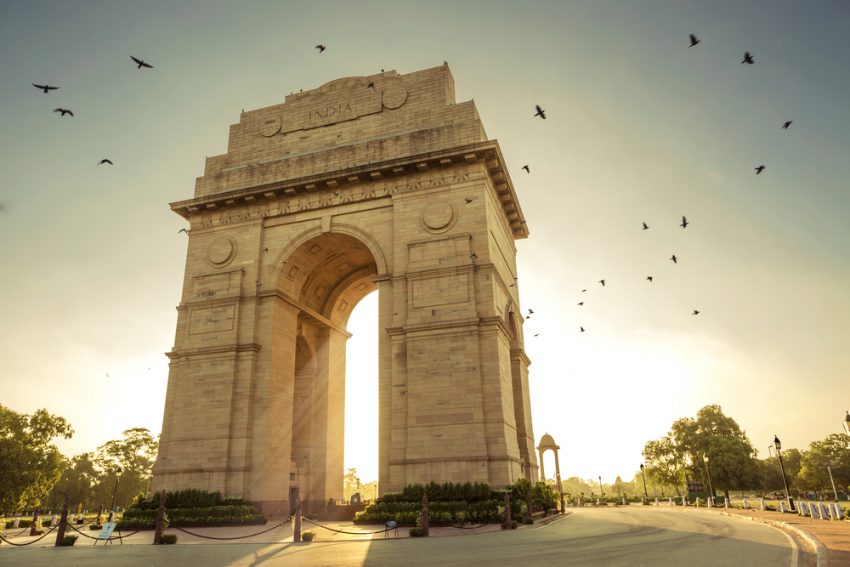 India’s capital New Delhi is affectionately called “Dildaar Dilli” – the people are big-hearted and warm and never too busy to lend a helping hand. It is a place of iconic monuments where history was created. “Dilli” walas are proud of their heritage, culture, and history.

If you plan to visit this magnificent metropolis with its tree-lined avenues and Victorian-style buildings, you will need a few days to take in all the wonders and a service to take you around, of course! You could scour the city using its well-connected, world-class metro system. But to breathe in the air that comprises the city’s true essence, with your family and friends in tow, you should look to the bus hire in Delhi by redBus.

Here are some of the not-to-be-missed sights and experiences of this great city:

A mere 19 km from Delhi International Airport, the Red Fort or Lal Qila is a reminder of India’s history with the Mughal Empire. Completed in 1648 by Emperor Shah Jahan, the amazing red stone structure is surrounded by an 18-feet high wall. With its great public halls, mosques, zenana, or women’s courtyards, this UNESCO World Heritage Site will give you an insight into the culture and kingdom of the Mughal rulers. The absolute majesty of the fort is best experienced in instalments, so you would fare well to opt for the 12-hour option for bus hire in Delhi.

Even closer by distance is the bustling labyrinth of Chandni Chowk, where you can immerse yourself further into the Mughal heritage of Delhi. Here, you will find yourself mesmerized by the smells of incense from roadside shrines and the delectable aromas of street food. Freshly cooked parathas laden with butter or kebabs of every type. There are rows upon rows of spice shops, jewellery stores, and bridal wear, best suited for the comfort of a car from our bus hire.

The second Mughal Emperor, Humayun, is buried in this distinctly unique mausoleum with Persian-Arabic architecture. Constructed by his Persian wife Haji Begum, some people say that the tomb’s symmetrical well-proportioned structure was the inspiration for the world-famous Taj Mahal. The surrounding gardens and the adjoining Sundar Nursery are some of Delhi’s most ethereal open spaces. You can easily spend two hours or more just wandering around here after chartering a swift 30-minute ride via bus hire.

A comfortable twelve km drive on your bus hire service will bring you to another Delhi wonder, the stately 73m high Qutab Minar. It was erected in 1193 to declare victory over the Hindu rulers in the region by Sultan Qutb-ud-din Aibak. The minar is built using marble and sandstone.

Your entry ticket will allow you into the entire Qutub complex, except into the minar itself, due to safety reasons.

When it comes to mystical, magical experiences, there is nothing remotely comparable with the marble shrine of Muslim Sufi saint Nizam-ud-din Auliya. The Dargah is located amid a bustling bazaar with flowers and ittar being sold in little shops. On Thursday evenings, you can attend the hypnotizing qawwali music performances that celebrate Sufi traditions involving God, music, and love. The bus hire in Delhi service by redBus will help you get to the Dargah and back in the blink of an eye so you can bask in its glory for as long as you please.

Delhi is a city of history, mystique, and tradition. It proudly displays the influences of the past, the rulers from the North West frontiers, and the British empire in the mix of culture, language, food, and religions. It is also a great modern metropolis with shopping malls, movie theatres, restaurants, breweries, and nightclubs.

To explore this marvellous city is to fall in love with the spirit of the Dilliwalla. Plan a trip with bus hire and start exploring this historic city.