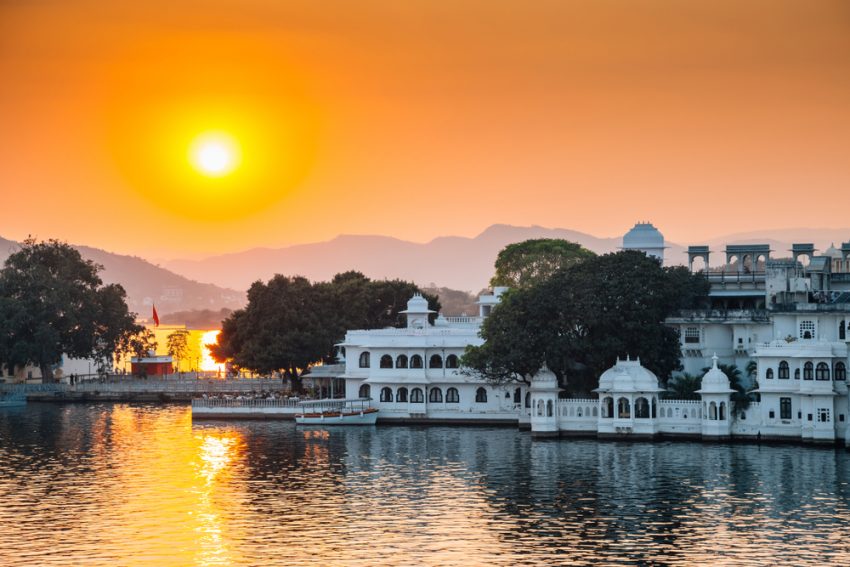 A vacation to Udaipur will be nothing short of a dream come true as the city is enlivened by the lakes, palaces, and forts which makes the place unique and mesmerizing. Udaipur is known as the City of Lakes, as it is home to a handful of not natural but well-built man-made lakes. Many of the palaces and forts are situated in and around such lakes, with some mighty hills and mountains making the perfect backdrop. Most of the famous places to visit in Udaipur exhibits the marvelous Rajasthani architecture and the skills of the ancient workers. Let’s find out more about this Lake City and see how many days one would need to cover the famous tourist spots here.

Places to visit in Udaipur

Udaipur is a comparatively new city that was made in the 16th century by Maharana Udai Singh. Now, it is one of the most popular tourist destinations in India. The Udaipur Mahal, forts, lakes, and other water bodies are its major attractions. While there are several famous places to visit in this city, here are some selected must-visit locations, which one can cover in 2-3 days.

City Palace is the largest complex in Rajasthan. The palace is an architectural marvel with a mix of Medieval, Chinese and European designs. The palace complex is made of marble and granite with as many as 22 small palaces and several gardens and water storage facilities inside. The interior of the palace is a vision with mirror work, murals, and colored glasses to give its unique charm. The palace is open to the public and the visiting hours are from 9.30 am to 5.30 pm. Entry fee is rendered from the visitors with additional charges applicable for a still camera and video camera separately.

The famous Lake Palace is the most iconic tourist spot in Udaipur. A palace made right in the middle of Lake Pichola on Jag Niwas island with the mountain in the backdrop is one of the most picturesque locations in the world. It used to be the summer palace of the king of Mewar. It is now a Taj Hotel with luxurious amenities and spectacular views from all sides of it. A normal tourist cannot go inside the palace but can go around it on a boat from the nearby park. The palace is visible from almost all sides of the lake and from other small palaces that are situated around the area.

Lake Pichola is an artificial lake with a length of 3 miles and 2 miles width and approximately 30 feet depth. It also consists of four islands on one of which the Lake Palace is situated. Over the period, several palaces, parks and other structures came along and around the lake making it one of the most important places in Udaipur. The popular activities at the lake are boating, walking tours around the famous spots near the lake, etc. Entry into the lake is free of cost but the boating will have separate fees for adults and kids. The lake will be open from 9 am to 6 pm every day but the boating starts only at 10 am and will be available till 5 pm.

Sajjangarh is the hilltop palace of the Mewar royalty, overlooking the Fateh Sagar Lake. As the royal family used to visit here during the monsoon to see the clouds and enjoy the Aravali view, the palace was later called the Monsoon Palace. Made of marble, the palace consists of domes, jharokha, central court, and high turrets. The visiting time here starts at 8 am and is till 6 pm.

This is the second-largest artificial lake in Rajasthan, after Lake Pichola. It was Maharana Fateh Singh who renovated this lake and built a dam to sustain the water inside, thus the lake was renamed in honour of this late King. The three islands on this lake offer various attractive activities for the visitors. There is a park, zoo, a boat-shaped restaurant, etc for entertainment. One could also go boating on this lake or visit the Maharana Pratap museum to know more about the warrior king.

Udaipur has several forts and palaces of which the Chittorgarh Fort is the most famous. Chittorgarh Fort is the largest fort in India and also a world heritage site. The fort occupies almost 700 acres of land with a grandeur palace and other features that shouts out the engineering marvel of the ancient workers. It used to be the capital of Mewar and the residence of the royalty. There used to be around 84 water bodies in this area but only 22 are left here. It says that these water bodies could hold enough water to sustain an army of 50,000 people for almost 4 years. The most astonishing monument here is the 9-storied Tower of Victory.

How to reach Udaipur?

Udaipur has an established airport, railway station and well-connected roadways. One can easily find an RSRTC bus to Udaipur from several parts of Rajasthan as well as from Delhi itself. Many of the above-mentioned tourist spots are also reachable from Udaipur city by bus. The RSRTC buses are cheaper and are available easily. A, though one may reach here and roam around on a cab, it doesn’t give the same impact as travelling with the locals.

Udaipur is a place where one can make memories simply by paying a visit and enjoying the palaces or lakes. The location, architecture, and history make it special to make a dream vacation. There are several palaces converted into hotels for the tourists or one can easily find other budget-friendly accommodation. The best time to visit Udaipur would be the winter season from October to March when the sun would not be bothering too much. Though Rajasthan has the largest desert in the country, the climate of Udaipur can be chilly during the night so do come prepared for it.

You may like to read: Ayodhya – All You Need to Know