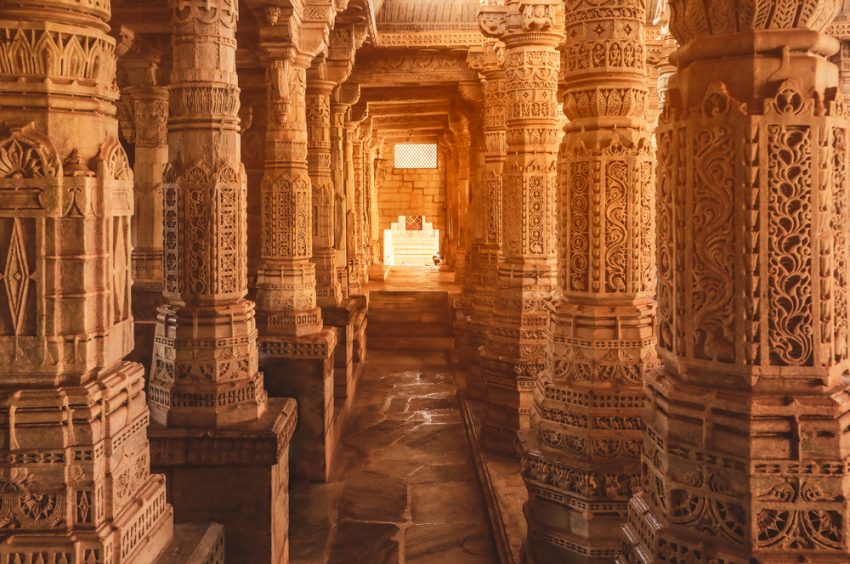 Rajasthan, which by literal term means the land of the kings, is culturally and traditionally a rich state of India that includes Forts, palaces, dunes, cities and villages. The state attracts a large number of tourists around the globe. From participating in colourful fairs and festivals to indulging in royalty, from admiring the ancient forts and palaces to appreciating the never-ending dunes, Rajasthan has the beauty you are looking for. You will find the real essence of the state in every corner of the cities, lanes, towns and villages. Along with ancient forts and palaces, there are plenty of architecturally strong Hindu and Jain temples in Rajasthan as well which are some of the major attractions in the state. The touch and religious feel of these temples will take you to those ancient times. The temples were built when kings were ruling the region and many of them have rituals and performances that are often said to have created a larger impact on the minds of the tourists.

Across Rajasthan, several Jain temples should be on your checklist while planning the trip. In this article, we will take you through some of the top Jain temples in Rajasthan.

The 48,000 sq. ft. temple stands amid the forest line valley of the Aravalli hills. The beauty of the temple from all sides and the craftsmanship are absolutely astounding. Ranakpur temple is two hours drive from Udaipur. Surrounded by hills, this gorgeous temple is a must-visit.

Built in: The Jain temple was built in the 15th Century by a Jain businessman, Seth Dharna Sah with the help of Mewar’s ruler, Rana Kumbha.

What’s special: The temple has over 1400 pillars and the artistries is all different from one another. The temple has around twenty-nine halls and eighty-four idols representing all twenty-four Jain Tirthankaras. Tucked into corners of the temple are some of the finest Jain scriptures engraved in the walls. You will also come across a tree inside the temple which is said to be 100 years old.

Located in the Sirohi district of Rajasthan, Mount Abu is the highest peak and is described as the most sacred place on earth. The Dilwara temples, also known as Delvada Temples in Rajasthan, are the essence of worship through human craftsmanship. Many experts stated that the extraordinary stone carvings of this temple are architecturally superior to Taj Mahal. It is situated about 2.5kilometers away from Mount Abu.

Built in: This Mount Abu temple was built between 11th and 13th centuries AD by the Porwad brothers, Vastupal and Tejpal who ministered the Vaghela ruler of Gujarat.

What’s special: The complex includes five temples dedicated to the Jain Saints (Tirthankaras). The temples were attacked by Aurangzeb and his men but he was the only successful one to break into the western side of the temple. However, he remained unsuccessful in his mission to capture it all.

The Shri Mahavir Swami temple- This was built in 1582 dedicated to the twenty-fourth Tirthankara, Mahavir.

The Shri Parshvanath temple- This temple was built between 1458-59 AD by Sangvi Mandlik. Hosting the tallest shrine, this temple also has four mandapas. The carvings on the pillars showcase Jain architectural superiority.

The Pittalhar temple- This temple was built between 1316-1432 AD by a minister of the Gujarat dynasty, Bhima Shah. Most of the statues in this temple are built with Pittal or Brass.

The Vimal Vasahi temple- Also known as Adinatha temple was built by Vimal Shah who ministered the Gujarat Chaulukya king. This is the oldest temple of all constructed in 1032 AD and is dedicated to the first Jain Tirthankara, Shri Adinath. There are open courtyards intricately designed with carved stones made of marble, flanked on all sides by corridors.

Opening hours: Dilwara temples are open 24*7 but the preferable time to visit would be 12PM to 6PM.

Located in the hills of Alwar district- Tijara, this temple was established after recovering the idol of Chandraprabha. Tijara temple is located around 55 kilometres away from Alwar, Rajasthan.

What’s special: Chandraprabhu’s white stone idol is around fifteen inches tall and was installed in a decorated rectangular temple. The temple hall can also fit in approximately 2000+ heads and this Jain temple in Rajasthan is dedicated to eight Tirthankaras.

Opening hours: You can visit the temple at any point of time across the year.

Osian Jain temple: The Mahavira temple in Osian, Jodhpur district in Rajasthan is an important depiction of their religion. The oldest Jain temple on the western side of India is also a pilgrimage for the Oswal Jain community.

Built in: Established by King Vatsaraja in the year 783 AD during the Gurjara-Pratihara dynasty made it possible to call this the oldest Jain temple in Western India.

What’s special: The temple has a closed hall, a sanctum, a magnified entrance and an ornamented gateway. There are large images of Mahavira inside the temple. The outer and inner walls of the sanctum and the closed hall are very minutely carved with Tirthankaras. The efficiency in the architecture is comparable to that of Khajuraho and Ranakpur Jain temples.

Opening hours: The temple is open from morning to evening and is just 65kms away from Jodhpur.

The amazing landscapes of Rajasthan will be your saviour during the road trip. The state has very good road connectivity across the region, other states and cities. Rajasthan State Road Transport Corporation (RSRTC) has over 4500 buses running across the state and you will have multiple options to choose the kind of service you want to avail between sleeper and non-sleeper in the AC and Non-AC category. RSRTC buses cover all the major routes like Karnataka, Tamil Nadu, Telangana, Andhra Pradesh, Uttarakhand, Uttar Pradesh, Punjab, Haryana and Delhi.

One of the major concerns before planning your trip to Rajasthan should be the weather. It can go up to 45degree to 49 degree Celsius during summer and you should avoid travelling during this season unless you plan to cover Mount Abu only. Winter lasts from October to Mid-March and it is always recommended to travel during this season as you can possibly cover a larger area of Rajasthan depending on the number of days of trips. During winters the volume of tourists increases in places like Udaipur, Pushkar, Jodhpur, Jaisalmer, Jaipur and Bikaner and you should not miss out on visiting these cities too.

Experience the desert state, its values, origin and antique religious architecture. The journey will be auspicious and you will carry a lot of India’s originality with you when travelling back home.

You may like to read: Taj Mahal – The Pride of India