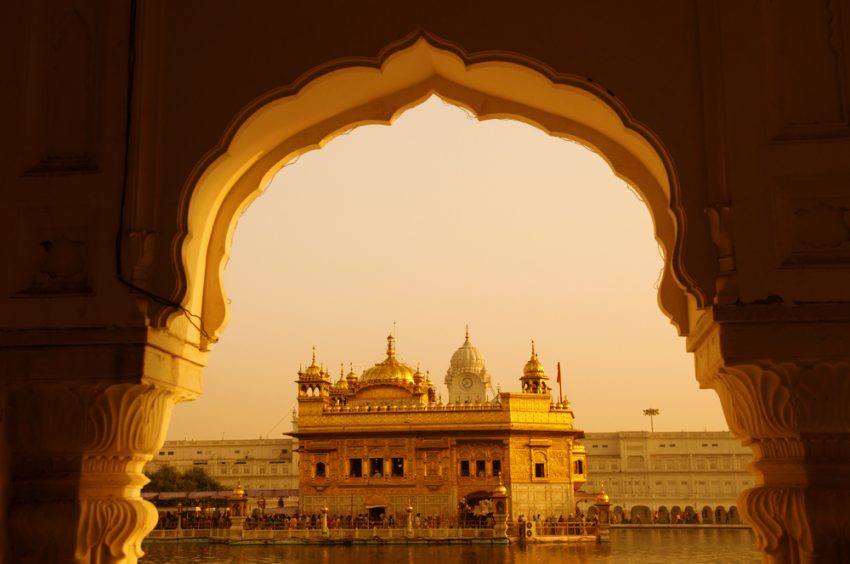 The city of Amritsar was founded by Sri Guru Ram Das in 1574 AD. It was initially named Rāmdāspur after its founder. Colloquially, it was known as Ambarsar. Amritsar became a walled city during the reign of Maharaja Ranjit Singh in 1822. The historical relics of the fortified old city have now become important places to visit in Amritsar.

Amritsar is an economic and cultural hub. If you are visiting the city for the first time, you should plan a tour to all the Amritsar tourist places. Read on to know more.

Best Places to Visit in Amritsar

Amritsar is one of the most important cities in northern India. It is also a tourist destination. Here are some of the best places to visit in Amritsar.

The Golden Temple of the Sri Harmandir Sahib is one of the main holy shrines in Amritsar. The temple also has a community kitchen that is open to all devotees and visitors. The Golden Temple has a distinct architecture in stunning gold. The tank or Amrit Sarovar surrounds the temple. Golden Temple also houses the Sikh Museum in the clock tower.

The Golden Temple is situated right at the centre of the city. To reach this shrine, you can take a bus to Amritsar. The temple allows visitors from 4:00 A.M. till 11:00 P.M. So check the bus schedules and book one that is available at a suitable time.

Jallianwala Bagh holds historical significance. It is a landmark that commemorates the massacre of peaceful protestors by the British soldiers on April 13, 1919. The public garden now has a memorial honouring the martyrs. Indians and tourists from all over the world visit Jallianwala Bagh in Amritsar.

One of the interesting places to visit in Amritsar, the Hall Bazaar is popular for its variety of shops. Tourists and locals can buy traditional ornaments, beautiful handicrafts and ready-made clothes. The garments available are of top quality. The Hall Bazaar has numerous shops selling electronic goods. Tourists can walk through the market and browse the many bookshops found here. These shops sell new books as well as old ones.

The Hall Gate bus stop is near the market. You can take a PEPSU bus and get down at this bus station. You can walk to the Hall Bazaar gate with its Mughal architecture and the huge clock at the entrance.

The Harike Wetlands are the largest man-made wetlands in northern India. They spread across Kapurthala, Tarn Taran Sahib, and Ferozepur. Tourists can walk along Harike Lake and keep an eye out for different species of turtles. The Harike Wetlands are home to the endangered Testudines turtles. The bird sanctuary is home to 375 different species of birds including the common pochard, crested pochard, and tufted duck. On a safari, tourists can spot Indian otters, jungle cats and wild boars.

To reach the Harike Wetlands and Bird Sanctuary, you will first have to take a bus to Amritsar. You can then arrange for private transport or a taxi to the wetlands. Buses to Harike Wetlands are also available from the Amritsar Junction.

The Wagah Border is 28 kilometres from Amritsar. You can book a bus ticket from the Amritsar Bus Stand. Check the bus timings so that you reach on time. You can also visit the Wagah Border via taxi or private car.

Among historical places to visit in Amritsar, Gobindgarh Fort was built in the 18th century. Now it is a museum and a theme park. The museum exhibits include Punjabi clothing, traditional household goods as well as weapons used in the early wars. The fort also hosts light shows like the Sher E Punjab which depicts the reign of Maharaja Ranjit Singh and the Whispering Walls that showcases the history of Gobindgarh.

You can reach the Gobindgarh Fort by bus. If you are travelling to Amritsar from another city like Patiala, then a bus is the best choice. Buses are available from early morning till about 8:00 P.M. in the evening. You can reach Gobindgarh Fort on time for the light and laser shows which happen from 10:00 A.M. to 10 P.M.

Culture and Food of Amritsar

Amritsar has a rich culture born out of its history. The spiritual heritage of Amritsar is seen in the pilgrimages held by Sikhs from all across the country. The city of Amritsar is also significant to the national heritage of India. It has several historical landmarks that are the main tourist attractions and are included in every Amritsar sightseeing tour.

Amritsar has folk and literary culture. Much of Punjabi literature has been shaped by writers and poets in this city. The culture of traditional Punjabi handicrafts can be witnessed by those visiting the city. There are many artists in Amritsar who have helped to develop the carpet and handloom industry.

In Amritsar, you will find delicious and spicy dishes. Made with local ingredients, these dishes are full of flavour. You will find restaurants in Amritsar serving layered parathas with mutton tikka and channa bhatura. Kulcha is extremely famous in Amritsar. It is a roti made out of flour and stuffed with a spicy mix of potatoes, paneer and cauliflower. Kulchas are usually toasted in a tandoor oven and served with a dollop of ghee or butter.

If you walk along the city streets, you will find various shops selling succulent barbecued chicken and kebabs. There are shops selling sweetmeats like balushahis, gur ka halwa, and pinnis.

Amritsar has many hotels and resorts for tourists. These usually provide transportation for sightseeing. But if you’re on a budget trip and want to travel comfortably, take a PEPSU bus to Amritsar. These buses are available from Patiala, Chandigarh, and Jalandhar. They are also convenient for local travel within Amritsar.

You may like to read: Patiala – A Gastronomic Heaven for Food Lovers