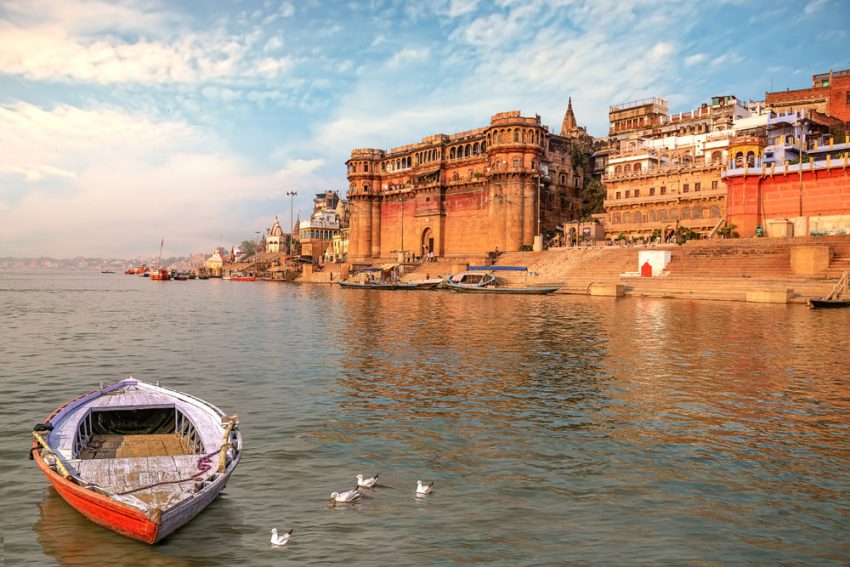 Varanasi, one of the holiest cities for Hinduism, is a colourful and fascinating place. Also known as Kashi and Benaras, this city of lights is situated on the banks of the Ganga river. It is a major silk weaving centre. Exquisite saris, jewellery, handicrafts, lamps, masks, etc., attract thousands of tourists who visit the city. Every person should go on a Benaras tour at least once to experience the Varanasi heritage and culture.

Things to See in Varanasi

The Ghats of Varanasi

The Ghat, which borders the west bank of the Ganges, is an important spiritual place in Varanasi. Along with their associated temples and the Ganges, they are the city’s greatest hallmarks. Pilgrims on a Varanasi trip come here to wash away lifelong sins or perform the last rites of their loved ones. The most important temple in the city is Kashi Vishwanath.

Scattered throughout the city are other sacred sites of great historical and artistic importance, such as Annapurna Temple, Tulsi Manas Temple, Durga Kund Temple, Hanuman Temple, Tridev Temple, etc. They are all worth visiting but remember to keep the Durga Kund at the top of your bucket list during your Varanasi tour, as it is magnificent to watch.

The river is the heart of the city. An excellent way to see what it represents is to rent a boat ride first thing in the morning of your Varanasi trip. The light, mixed with the persistent smoke from the funeral pyres, bathes the towers and facades of the temples and large buildings, creating a beautiful atmosphere.

Another time to return to the Ghats is at dusk. It is the moment of the Ganga Aarti, a purification ritual in which, between songs and dances, small oil lamps are offered to the river. The most famous is Dashashwamedh, but it is best to see it in quieter places like Shivala Ghat, where you will find fewer tourists.

Varanasi’s flagship product is silk. Banarasi sarees are famous throughout India. The Rajan Silk Store is the most important and well-known silk market in the city and one of the few places where you can buy traditional outfits.

Another interesting place to buy high-quality local clothes is the Dal Mandi Market. At the Golghar Market (Gwal Das Shau Line), you can find almost everything (clothes, handicrafts, ornaments, household items etc.), but it is especially famous for Indian shoes. It is also one of the most attractive shopping areas in the city and is quite close to the river.

To buy jewellery, antiques, and handicrafts, you can visit the Thatheri Bazar (Ghasi Tola). If you want to experience the local bustle, strolling around the Gyanvapi Mosque is a must during your Varanasi trip.

The Significance of the Ganges

The soul of Varanasi is the sacred river Ganges. According to Hindu scriptures, the Ganges River is the elixir of life, cleansing worldly sins and purifying souls. Thus, many Hindus come here to purify themselves by dipping in the river as they believe that the holy waters will absolve them from sins.

The neighbourhood next to the river is called Chow. It is an area of ​​narrow streets full of people and cows, giving you a glimpse of life here. In Varanasi, there are 700 temples dedicated to Hindu deities, but none of them is as sacred as the Ganges River itself, which is the abode of the goddess Ganga. The river is worshipped as a living goddess with the power to redeem all faults. According to the sacred books, a daily bath in its waters prepares one’s soul for the last journey towards liberation.

Converted into an archaeological complex, Sarnath claims to be the place where Buddha gave his first sermon after enlightenment. About 10 kilometres from Varanasi, you will find the remains of monasteries and the Dhamek Stupa, which stands as the exact point where Siddharta Gautama began his teaching. This place is a must-visit for the followers of Buddhism, who are on a Banaras trip.

How To Reach Varanasi?

The city is well connected by air, by train or by road. Here is a brief description of the modes of transport you can consider taking for your next Varanasi Heritage tour.

Many UPSRTC Varanasi buses arrive from different parts of the country. For example, New Delhi is about 804 kilometres away, and the bus journey takes about 14 hours via the Agra-Lucknow Expressway.

Varanasi (Babatpur) airport is just 25 kilometres from the city centre, and you will find direct flights from Madras, Delhi, Bombay, Bangalore, Calcutta or Nepal.

You can take a train from your preferred city to the Banaras Railway Station.

The most widely used public transportation within the city of Varanasi is the rickshaw and the cycle-rickshaw, which are worth experiencing during the Varanasi Heritage trip. To travel to the outer regions of the city, you can board minibuses.

Varanasi is where the past, present, and future intertwine. Known for its rich heritage, the city with its temples, river, local streets and food will leave you awestruck, and you will keep wanting to visit again.

You may like to read: A perfect Mathura-Vrindavan Itinerary