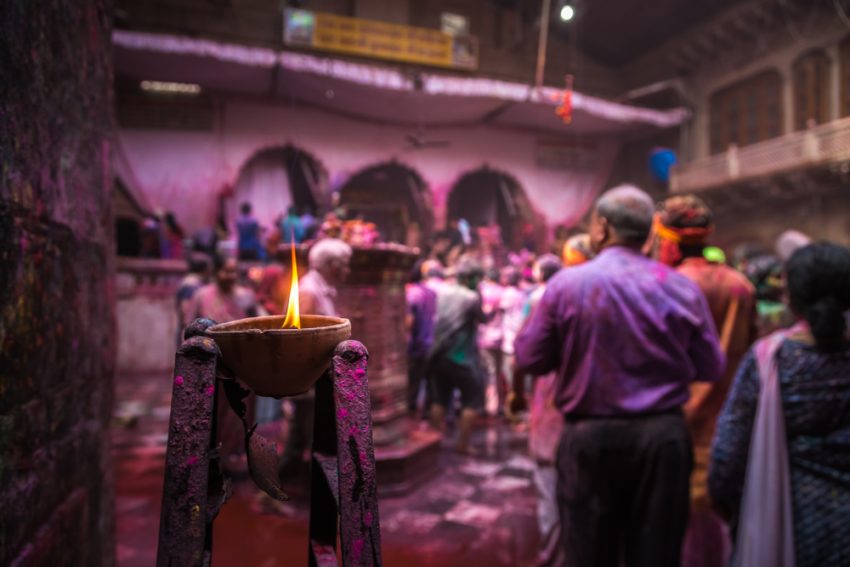 The state of Uttar Pradesh, in northern India, is known for its many temples. Most temples in Uttar Pradesh display intricate architectural designs that date back several centuries. If you are on a vacation, you can go on a tour of the Uttar Pradesh temples and experience the heritage of these religious sites.

10 Temples You Can Visit in Uttar Pradesh

Here are the top ten temples to explore in Uttar Pradesh.

One of the most popular temples in Uttar Pradesh is the Ayodhya Ram Mandir. The temple is currently being built and the premises are supposed to be dedicated to various Hindu deities. Ayodhya Ram Mandir is considered sacred by many Hindus.

Situated in the northeast of Varanasi is the Sarnath Temple. It is a famous Buddhist temple as the Deer Park in Sarnath where Gautama Buddha preached Dharma. It is a sacred pilgrimage site for Buddhists as this is the site where the Buddhist Sangha came into being, after enlightenment. When you visit the Sarnath Temple, you will be able to see the ruins of some ancient monasteries and other structures.

Located on the banks of the Yamuna River, the Mankameshwar Mandir is a temple dedicated to the Hindu deity Shiva. It is near the Saraswati Ghat in Allahabad. The Mankameshwar Mandir receives pilgrims from all over India, especially on Mondays when a special ceremony and prayer service is held. If you visit during Navratri, you will see a huge crowd of devotees offering flowers and milk to the deity.

The Baldev Dauji Temple is 18 kilometres from the city of Mathura. The deity of Balarama is said to have been placed on the premises by Vajranabha about 5000 years back, in 1535 AD. Many myths and beliefs surround the presence of the deity in this temple and are, therefore, an important pilgrimage site for the devotees.

Belon Devi Mandir is located in the village of Belon, near Narora. You can visit the temple when on a sightseeing tour of Bulandshahar, or from the city of Aligarh. The temple was built by Rao Bhup Singh and is dedicated to the Devi or Shri Sarv Mangala Belon Bhavani, who is believed to have risen from the soil. While prayer service is held every day, the best time to visit the Belon Devi Mandir is during the festivities of Holi. This is when special ceremonies are held and devotees come from all over India to offer prayers, and flowers.

The Dwarkadheesh Mandir in Mathura is known for its ornate architecture. It has beautiful paintings on the ceilings, depicting the deity Dwarkadheesh. The temple also has a distinct Rajasthani architecture that is featured in the complex. Devotees visit the temple throughout the year and you can also visit the Yamuna Ghats from here.

The Banke Bihari Temple in Vrindavan dates back to 1864. But the deity of Banke Bihari was founded by the Hindu saint Swami Haridas in Nidhivan. Once the temple was built in Vrindavan, people came here to worship the deity. It is one of the most famous temples in Vrindavan, Uttar Pradesh. If you visit the day after Janmashtami, you will be able to see the Mangala Arati, and if you visit on Akshay Tritiya, you will get a glimpse of the lotus feet of the deity.

If you are in Uttar Pradesh and want to explore the temples, you can plan a trip to the Kashi Vishwanath temple in Varanasi. Devotees worship the deity of Vishwanath and pray for happiness and liberation. It is situated on the banks of the River Ganga and is known for its distinct architecture featuring spires and domes.

When you go on a sightseeing tour of Vrindavan, you can stop by the Prem Mandir. It is one of the most well-known temples in Uttar Pradesh and is located on 55 acres of land in Mathura. The temple walls have pictures of the deity Krishna and his devotees and it is surrounded by lush gardens and beautiful fountains. Prem Mandir is a relatively newer temple in Uttar Pradesh, as its construction started in 2001 and took a thousand architects and artists and twelve years to complete. You can visit the temple during the celebration of Janmashtami, Radhastami, and Jagadguruttam Diwas Mahotsav.

There are many old and new Uttar Pradesh temples and each has a history. When you go on a tour of these temples, you will be able to learn about these histories and see the impressive architecture. As many temples are on the ghats of the rivers Ganga and Yamuna, you can also explore the waterfronts from these religious sites. There are many UPSRTC buses that can take you on a budget-friendly tour of Uttar Pradesh temples. You can book a bus ticket easily on redBus website or app.

You may like to read: Top places to visit around Trivandrum