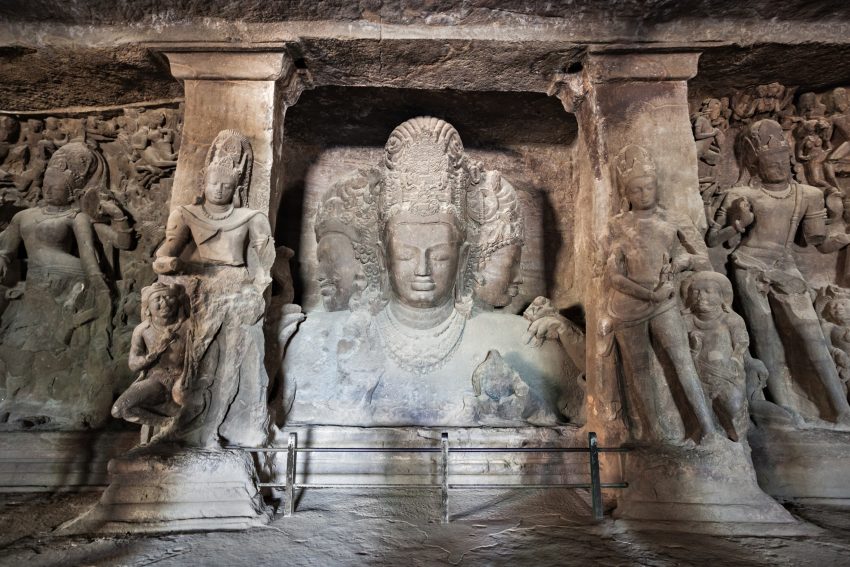 Maharashtra is home to 5 World heritage sites, the most for any state in the country. The state government has nominated a few more. Maharashtra is well known for its culture, and it is fitting to have a good share. Let’s talk about these incredible World Heritage Sites in Maharashtra that you should visit at least once in your lifetime.

The UNESCO World Heritage Sites in Maharashtra are a testament to the rich culture and craftsmanship of ancient times. Some of these are centuries and thousands of years old and still stand to tell the history and cultural significance of India’s rich heritage.

Ajanta Caves are a group of 30 rock-cut caves known for their murals. Carved between the 2nd century BCE through CE 650, these caves feature magnificent paintings depicting the birth of Buddha and various stories from the Jataka tales. In addition, these caves also showcase different Buddhist traditions from Mahayana and Theravada Buddhist cultures. It was declared a World Heritage Site in 1983.

Monsoon season and winter seasons are the best time to visit these caves. The rest of the months can be hot and uncomfortable for a visit. It is better to avoid the summer season as the temperature can be unbearable.

How to reach here?

Ajanta Caves are easily reachable from Aurangabad and Jalgaon. You can take a flight, bus, train, or car to reach either city. Buses are available from these cities to the heritage site. Also, there is good connectivity on the road, with plenty of buses running from Pune, Mumbai, Ahmednagar, and other nearby cities to Ajanta. You can get down at the entrance and walk the remaining distance.

Ellora Caves is a collection of about 100 Buddhist, Hindu, and Jain caves. Only 34 of these rock-cut caves are open to the public. Interestingly, they were created by carving the rocks from top to bottom. These caves date back to the 9th and 10th  centuries. These Hindu caves had a two-phase construction which now stands as an architectural marvel. The two most significant excavations are Cave 15, which showcases Lord Vishnu’s Dashavatar (10 incarnations of Lord Vishnu), and Cave 16, the world’s largest monolith and features the Kailash Temple.

The Ellora caves became a part of the UNESCO World Heritage Site in Maharashtra in 1983. Situated nearby Ajanta Caves, people often explore these two heritage sites together. This cave complex is closer to Aurangabad.

The winter months of November to February are the best months to visit the Ellora caves. The temperature could go down to 10 degrees during this time.

Aurangabad is the nearest airport and railway station. In addition, you can book MSRTC bus tickets to reach Ellora Cave, just 30 km from Aurangabad.

Elephanta Caves are the architectural ruins on the Elephanta Island near Mumbai. It is otherwise known as Gharapurichi Leni and is spread across 60000 sq ft. This rock-cut cave has a central chamber and several subsidiaries. There are a total of seven caves inside the complex. There are rock carvings and colossal sculptures of Hindu God Shiva and his different forms dominated by the 20 ft high sculpture of Trimurti, present at the entrance of Cave 1.  The smaller caves have Buddhist architecture and sculptures. This cave complex was declared a World Heritage site in 1987.

The ideal time to visit Elephanta caves is the winter season, from November to February. Monsoon is not a suitable time as you need to take a ferry and the sea can be rough. Choose the morning hours when the climate is comfortable.

You can take a  ferry from the Gateway of India in Mumbai to reach the island. From the ferry terminal here, the caves are within walkable distance.

Chhatrapati Shivaji Maharaj Terminus (CSTM) is the famous train station terminal in Mumbai that you often see in movies. This historical building was constructed to commemorate half a decade of Queen Victoria’s rule and hence was previously known as Victoria Terminus. It was designed by the famous architect Frederick William Stevens in the Italian Gothic style. This historic railway terminus was declared a World Heritage Site in 2004. It is one of the most famous monuments and tourist spots in Mumbai.

CSTM functions as a railway station 24 x 7 with 18 platforms. However, it is more popular as a backdrop for selfies taken against this iconic building.

You can arrive here directly by train from other cities in India or by the buses, cars, or taxis in Mumbai city.

Declared as a World Heritage Site in 2018, Victorian Gothic and Art Deco Ensembles of Mumbai is a collection of public buildings. These buildings were initially made in Victorian Gothic style and later in Indian Art Deco style. This stretch of buildings now houses public offices, cinema halls, residential buildings, and famous landmarks of Mumbai.

The construction of these buildings was done over the 19th and 20th centuries. They are also the attestation of the gradual development of the infrastructure of Mumbai city.

Visit here from November to February when the days are comfortable and nights are more relaxed.

You can easily reach this ensemble of buildings in Oval Maidan through city buses, taxis, or cars. Reach the Oval Maidan, and you will find these buildings on its eastern and western sides.

All these five UNESCO World Heritage Sites are close to Mumbai and Pune. In addition, both these cities have an airport that connects you to anywhere in India. So, the next time you plan to visit Maharashtra, do not forget to include at least one of these UNESCO world heritage sites in your itinerary and book bus tickets on redBus to enjoy a hassle-free travel experience to these wonderful sites.

You may like to read: Popular Temples of Uttar Pradesh to Visit