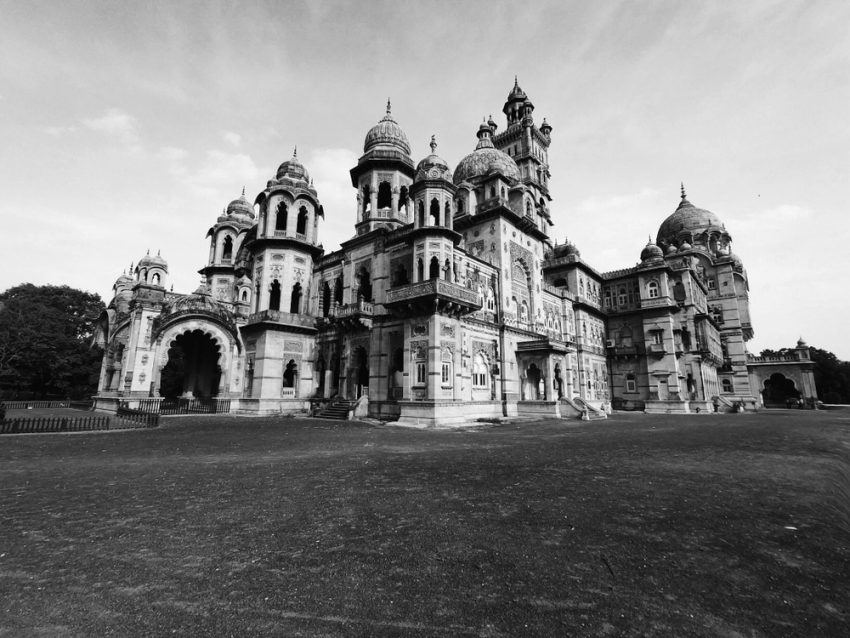 Gujarat is a popular tourist place in India, with tourists coming from all parts of the globe. It is a great place for history buffs as it boasts a history of more than 4500 years. You can travel to various historical places in Gujarat via the GSRTC (Gujarat State Road Transport Corporation) buses. GSRTC buses are state-owned buses that connect various urban and rural locations of Gujarat. GSRTC bus booking can also be made online via the redBus mobile application or website. Read on to know some of the historical places in Gujarat that you can visit via GSRTC buses.

Also known as ‘Rani Ki vav’, Queen’s Stepwell is a prominent heritage site in Gujarat, standing from the 11th century. In the 11th century, King Bhimdev I (Solanki dynasty) wife presented him this structure as a gift. The 64 metres long structure consists of multiple layers. Various carvings on the steps and walls of the stepwell are eye-catching artwork. Situated in Patan (Gujarat), this heritage site has also earned a UNESCO world heritage site’s status.

Situated in the Moti Baug region of Vadodara (Gujarat), this vast historic site is spread across 500 acres. It is so big that it took around 12 years to be constructed. This palace consists of a museum, banquet, garden, and a mini-golf course. This palace was constructed by mixing Hindu, Gothic, and Mughal architectural styles.

You can find GSRTC buses to Vadodara from various locations in Gujarat on redBus like Surat, Ahmedabad, Ankleshwar, Kamrej, etc. You can compare the fare of different buses while GSRTC online booking with redBus.

This historic site is situated in Junagadh (Gujarat) and is also known as the Mausoleum of Bahaduddinbhai Hasainbhai. This structure was constructed in the 19th century and attracted a lot of tourists due to its unique architectural style. It has the perfect blend of Gothic and Islamic architectural styles. The four minarets surrounding the main structure with winding staircases are an eye-catching view.

GSRTC provides buses to/from Junagadh at affordable rates on redBus. Some of Gujarat’s prominent locations from where you can find a GSRTC bus to Junagadh are Ahmedabad, Gandhinagar, Gandhidham, Rajkot, Vadodara, etc. GSRTC online booking via redBus will also help you in avoiding a visit to physical ticket booking counters.

The historic ruins of the Indus Valley Civilisation are still visible at Dholavira. One of Gujarat’s well-maintained historical sites, Dholavira, is situated in the Khadir Bet village of Bhachau (Gujarat). A lot of historic possessions can be witnessed at Dholavira, like seals & stamps, ornaments, signboards, pottery, etc. History buffs can also learn about the Indus Valley Civilisation by visiting this historic site.

redBus provides GSRTC buses to Bhachau from various locations like Ahmedabad, Rajkot, Vadodara, Bhuj, etc. GSRTC booking online is made easy via the easy-to-use interface of the redBus mobile application/website.

This stepwell situated in the Adalaj town of the Gandhinagar district (Gujarat) is also a prominent historic site. Constructed in the 15th century, this marvellous architecture is fully constructed in the Indian & Islamic style. The well-appointed carvings of Hindu deities on the walls of the stepwell are a treat to watch.

Lothal is a small village situated in the Ahmedabad district of Gujarat. Lothal also contains valuable remains of the Indus Valley Civilisation. Some of the major remains in Lothal are a burial ground, dockyard, residential structures, pottery, copper ornaments, etc.

redBus provides buses to Ahmedabad from various locations at frequent hours. Some of the major cities connected with Ahmedabad by GSRTC buses are Ankleshwar, Mehsana, Surat, Chotila, etc.

Sidi Saiyyed Mosque is another heavily-toured historic site in Ahmedabad. It is also called ‘Sidi Saiyyed Ni Jaali’ by the locals. This mosque is standing from the 16th century and offers a stunning visual experience. The carvings on its walls and interior are also very detailed and eye-catching.

This historic temple was constructed way back in the 11th century and was dedicated to Hinduism’s sun deity. It was built in a Maru-Gurjara architectural style and attracts a lot of history buffs. The carvings of various Hindu deities on this sun temple walls are also a fine architectural work.

This mosque with a tomb was built by mixing Islamic, Hindu, and Jain architectural styles. It is also one of the most-visited heritage sites in Ahmedabad. Constructed in the 15th century, this site will also help history buffs in knowing more about the Sufi culture.

It is located in the Makarba region of Ahmedabad and is accessible by bus. You can choose from various dropping points in Ahmedabad of GSRTC buses via redBus.

Gujarat has one of the best kept historical sites in India, attracting a lot of tourists. GSRTC buses on redBus have reasonable fares and also offer all the basic bus amenities. You can easily tour these historic sites in Gujarat via GSRTC buses. Do GSRTC bus booking with redBus now!

You may also like to read: Lesser known towns in Gujarat to be Explored by GSRTC Buses